As harvest begins, we wanted to take a look back at the growing season and see what we could learn from the year. Listen to Shane Hall, BigYield agronomist and DSM, discuss the good and bad from this year and what we should take in to 2021.

Hey everyone I’m Shane Hall, I’m a CCA crop scout for BigYield and I’m here today to talk to you a little bit about some agronomic highlights for the year of 2020 and some of the things we can learn from the crop growing season.

Another thing that I saw that people did this year was they made a plan and they stuck to it and when those plans are put into action whether it’s with their genetics or their fertility and really focusing on their soil health I saw some real successes from people who stuck to a plan. Well as part of the positives and the highlights of the year, I mentioned weather, but that also can be one of the negatives as well. Early on in this season we saw a lot of rain come through and that caused some folks to struggle with their herbicide inputs and if they didn’t get rain those pre-emergent herbicides weren’t activated and if they got too much rain then then you had leaching and all those types of things. So that was a difficult thing, for people to have a good plan in place and then have that plan thwarted by the weather, but you know those things are going to come and we have to be prepared and ready for that as well.

I think one of the big struggles for this year, one of the more difficult things that farmers had to deal with were insects, and that’s one of those things that’s a year to year deal whether you’re going to have an insect problem or not, and unfortunately we just can’t predict it. Now we can get ahead of the curve and that’s one of the things I want to do next year, but this year we saw european corn borer that caused some issues, caused some stock breakage, some lodging in some corn. This year we saw earworm feeding that really took a toll on the corn that did not have the traits in our non-gmo varieties. Those insects really docked some yield for some folks, also right now we’re dealing witht kind of an influx of stink bugs in soybeans and people think well you know I see some leaving yellowing and we’re kind of past our point of managing our crops, but we have to be careful with that because the stink bug they have a different type of mouth part than say grasshoppers or bean leaf beetles. They have a piercing sucking mouth part and they’re able to get into the seed even when it becomes fairly hard, so even all up to maturity they can cause shriveling and they can cause a delay in maturity in those. We’re still looking out for bugs, we’re still looking out for stink bugs and especially because those numbers are increasing in our fields.

For this coming year I think one of the most important things that we need to do is to make sure we know our fertility. If you haven’t had a grid sample recently, I would encourage you to get one over the fall or in early spring. Fall is a great time, right after the crops come out to get in and get that soil sample in grid form so you know exactly what you’re dealing with in your field. A lot of people say, you know there’s an expense there that I really wasn’t counting on. Well when was the last time you put lime on your field? Do you know what the pH is in your field? So much of the year I’ve heard people say, I’ve put 150 pound of nitrogen down, where did it go or why are my plants so much shorter? How come I’m not seeing that input in my yield or how come I’m not seeing that input in these plants, how come they’re not taller or bigger and all those types of things. Well I tell people all the time that just because the plants not taking it up doesn’t mean it’s not there. You may have plenty of nitrogen in your field, but the bottom line is of our pH isn’t right if our soil is too acidic, if it’s too alkaline, then the plant just isn’t going to take up the nutrients that are there, they become tied up and the plant is not ready or able to take up those nutrients and so what do you have? Well very simply you have a lot of inputs, you’ve got a lot of dollars going into your soil that your plants never did use and you’re  not seeing that in your crop yield. You’re not seeing those dollars coming back to you, if your fertility in your field is not right, you don’t know what’s going on in there. When you grid sample, the great thing about that is it’s not something you have to do every year, it’s not an expense you have to count on every single year. You can do a three to five year plan, those grid samples are good for three to five years so you’ll understand what type of fertility your field needs and then create a plan, create a program that is best for your field. So know your fertility, I think that’s a big thing going into 2021.

Make sure that you’re getting with your crop consultant, make sure you’re getting with your certified crop advisor to help you build a fertility plan because we don’t just want those dollars going out the window, none of us are interested throwing our money into the river and streams, so another thing that I would mention is scout your fields, make plan to know what’s happening in your fields.  A lot of you guys farm a lot of acres, so make sure you’re getting around scouting those fields for pests, for diseases, do we have a fertility problem, do we have something that we can seek to rescue. If you don’t catch it early enough then of course it’s going to again, it’s going to hit you in the pocketbook. So scout your fields often, one of the thighs that I’m going to do next year as a crop scout is I’m going to set out moth traps, some pheromone traps around the farm here, for my customers I’m going to set out pheromone traps so that we can catch those army worms and those earworms and all of those things. We’re going to catch those early and we’re going to make a treatment so they’re not docking our yield, they’re not eating up our profits during the crop growing season. I’m going to be proactive next year and that’s what we need to be as scouts as we’re scouting our fields, and I know a lot of you guys are awesome at that, when you scout your fields, don’t just do a window watch, you’re driving by like those look pretty good. Make sure you’re getting in there, you’re walking those fields. I know it’s hard but hey if you’re like me I need the exercise so get out in those fields, take plant samples, bring them back to the house, cut the stems open if it’s your soybeans, if it’s your corn take some samples back to the house and wash the roots off, dip them in a bucket and wash the roots off. How are the roots doing? The best way to know how your plants are thriving is to get in and get dirty, get your hands dirty, wash those roots off, cut the stems open, and know what’s going on inside your plants.

All these management practices are important and again there not to replace anything that you’re doing, they are to add to the already great plans that you have for your to the already great plans you already have for your farm. We know the whole of you are master farmers, you know what you’re doing, I want to help you and I know the folks here at BigYield want to help you as well increase your yields and to increase profits as well. That’s said there’s some really great products here, so since I’ve been on with BigYield I’ve gotten to see first hand farmers who are using some of these yield enhancement products and whether it foliar or In-Furrow, whatever it might be and folks these things are working they are increasing plant health, they are increasing soil health, they are lowering insect pressure, if you haven’t used any of that cold process dextrose, the sugar as we call it, if you haven’t used any of that sweetener, the BigYield sweetener, I suggest you try it. Put a little bit on one of your fields and try it and see over time how it will decrease disease and increase plant health, really lower the non-beneficial insects populations in those fields. So I encourage you to at least give those products a try.

I’m thankful you’ve taken the time to listen today, if you have any needs at all don’t hesitate to give folks here at BigYield a call, or you can call me, again my name is Shane and I’ll be willing and ready to work with you on your farm in 2021. Have a great day. 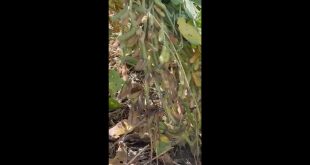 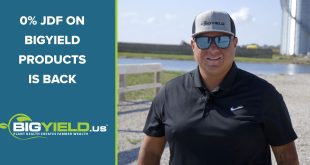 0% JDF on BigYield Products is Back 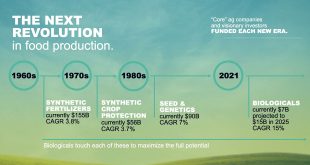 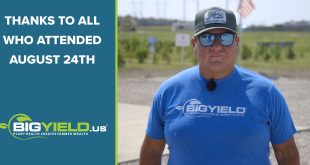 Thanks to All Who Attended August 24th

We wanted to say thank you to everyone who attended our August 24th event. For …