Cover Crops are Alternative for Acres Unplanted Due to Rain

Record rainfall in the Midwest has kept farmers out of the field, leaving thousands of acres of row crops unplanted due to the weather. 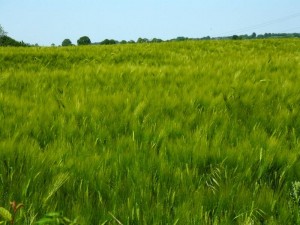 “That’s provided the cover crop is not hayed or grazed prior to Nov. 1 or harvested for seed at any time,” Myers says.

Using a cover crop on a field that would otherwise be left idle can help retain nutrients, prevent soil erosion and improve overall soil health, he says.

Farmers who plant cover crops in July can choose warm-season annual covers such as sorghum-Sudan grass, cowpeas, pearl millet or sunn hemp. They can include pollinator-friendly species such as sunflowers and buckwheat, as well as some cool-season covers that will start slow but come on later in the fall when weather gets cooler.

Farmers planting a cover crop on a field that was intended for commodity crops need to pay attention to herbicide restrictions. Some corn or bean herbicides may limit which cover crops can be used.