Compacted soils refer to those that have limited pore space between soil particles. Soils with significant compaction may drain more poorly and experience that water doesn’t infiltrate as well. The limited pore space in compacted soils may also restrict air space. Plus, soil compaction can challenge the ability for roots to push through compacted areas and expand, according to a guide from the University of Minnesota. This story from Corn and Soybean Digest shares that soil compaction may heighten disease risk. In particular, soybean sudden death syndrome instances may be linked at least partially to soil compaction.

Despite the disadvantages associated with compaction, minimal soil compaction may have its advantages. For example, the University of Minnesota guide sheet describes that some compaction may improve seed-soil contact and, consequently, germination rates, and it may support root systems to branch and develop secondary roots.

Soils most prone to compaction issues have specific characteristics. For Oklahoma State University Cooperative Extension describes that moist soils — those that aren’t too dry or too wet — are more likely to have compaction develop. Sandy loams may register more compaction than clay-like or sandy soils, but loams, silt loams and other soils with moderate textures have compaction susceptibility.

Using heavy equipment may trigger soil compaction. However, some natural forces, such as rainfall, and production method choices, such as crop rotation, can dictate whether compaction becomes a problem on farm operations, based on the University of Minnesota guide sheet.

Recently, our team at The Farm Research Center in Garden City, Mo., used deep ripping as a strategy to alleviate compaction caused by machinery traffic. In this video, Kent Kauffman of BigYield.us shares more background about deep ripping and soil compaction control.

For more information about improving soil conditions on your farm, please call or email anytime. 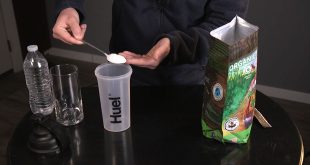 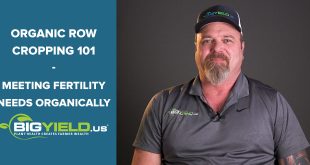 In this video, Brian Kurz shares an overview of the various products that BigYield offers …