A recent report on National Public Radio—NPR—questioned the truth of the oft-repeated phrase “American farmers feed the world.”

That seemed to me like questioning whether gravity is real or the earth is round. Who else feeds the world? Apparently one pundit, Margaret Mellon, with the Union of Concerned Scientists, believes the world should feed itself by empowering women—a notion I have no dispute with—raising incomes—also no dispute from me—and improving infrastructure in developing nations to help move food from where it’s grown to where it’s consumed in a timely manner so that it does not spoil. I have no dispute with any of those noble goals. But I ask: What does that have to do with producing food?

Mellon also objects to modern agriculture and its reliance on pesticides and growing corn and soybeans for uses other than human food. “Growing more grain isn’t the solution to hunger anyway,” she said. 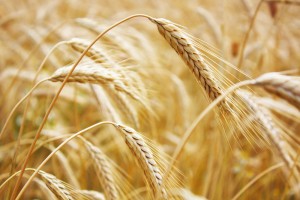 NPR, to its credit, brought in other voices. Christopher Barrett, Cornell University economist, said bigger harvests in the United States tend to make food more affordable and “lower prices are a good thing for poor people.” He said Chinese pigs, for instance, eat cheap soybean meal grown in the United States and Brazil and make pork affordable. The upshot of that is: American farmers help feed the world.

Low prices for grain, however, may not be the best thing for balanced diets since poor people may turn to cheap cornmeal and less to fruits and vegetables, Barrett said.  That’s a problem in more places than developing nations and one that nutritionists, families and individuals must consider. But fruits and vegetables also must be produced—by farmers—and moved from areas where they grow readily to places where they are limited by climate. Creating ways to grow fruits and vegetable more cheaply continues to be a challenge the agriculture research industry must address.

Improving incomes, as Mellon suggests, does improve diets. But we still need to produce animal feed that’s cheap enough to produce affordable protein—as is the case with the Chinese pigs. So we still need farmers to grow beans and grains to provide animal feed, flour, meal and other products that help feed people.

Other voices chip in. Charlie Arnot, CEO for the Center for Food integrity, says: “U.S. farmers have a tremendous sense of pride in the fact that they’ve been able to help feed the world.”

A farmer, Kip Tom, says farmers make up a rapidly decreasing percentage of the population while the population continues to grow at a rapid pace.  He says “it’s the duty of those of us who are left in the business, us family farmers, to help feed that world.”

The NPR report also noted recent surveys that show the American people are not certain U.S. agriculture should feed the world, especially if that means industrialized farming methods.

Some points of agreement: We all need to eat more fruits and vegetables; problems other than production often prevent poor people in developing nations from gaining access to adequate nutrition; the population is growing; farmer numbers are diminishing; the general public does not understand the economics and the efficiencies of a modern farm.

Also, whether it’s flour or corn meal for bread, grain for livestock feed; fresh or “preserved” fruits and vegetables, some farmer somewhere is responsible for taking it from seed to plate. Grain and soybean is part of the chain. Cotton is part of the process as well, providing both fiber for clothing and seed for animal and human consumption.

Also, the notion that individuals can take responsibility for producing their own food has been infeasible for many decades. Folks fortunate to live in the country may get by. Rooftop gardens in Manhattan can help a few; patio plants can add a bit of variety to an urban diet, perhaps. But raising a cow on a rooftop is a bit far-fetched and growing enough wheat to make a year’s worth of bread in a vacant lot somewhere in downtown Dallas would be a chore.

The bottom line is: We need farmers. Maybe we need to do a better job, however, of informing the public about what they do. They feed us.