How Does the Organic Certification Process Work?

For those interested in farming hemp organically, Brad has also taken a role with the Missouri Hemp Association and will be working directly with growers.

If you have any questions about organic certification, feel free to contact us anytime.

Hello, this is Brad Dixon with BigYield.us. For a typical process to transition from conventional to organic, the NOP states there must be 36 months between the last prohibited substance applied to the field until the harvest of the first organic crop. You would start your transition at the end of a harvest because on conventional crops, let’s say soybeans or corn, you’re growing of a conventional variety, you would spray those with a prohibited substance around July, somewhere in there would be the last time you would apply anything. So after that nothing prohibited nothing prohibited is applied, and if the last prohibited substance was applied in July, and 36 months from July is when you could harvest your first organic crop. As long as you don’t plant wheat on that third year, which maybe could be harvested in June, making it inorganic wheat. A long as you planted soybean, milo, or corn, any of those crops could be harvested after that July, so 36 months would be July, and anything harvested after that could be sold and certified as an organic crop.

Every organic operation must be inspected every year, whether it’s crops, livestock, or a processor, everyone that is certified gets inspected every year. Certification is based on a calendar year, so January-December, you may get inspected in March of one year, and the next year you may not get inspected until October, and so you basically went a year and a half, but your certificate is good through the calendar year. There are approximately 50 certifiers in the United States, and most of the time you would just google different certifiers, maybe some who are in your area, or talk to other organic farmers that are using certifiers that they’re happy with. Visit with them and see if they fit your operation.

You don’t have to use one that is in your state, you could use any certifier across the United States. They will send you an initial certification, basically telling them everything about your operation and what you’re planning to do, and they will send you a packet of documents to fill out based on what you’re going to do whether it be a processing facility, a crop facility, or a livestock facility. You’ll fill it out from there and tell them what you’re planning on using as far as inputs an your whole process of how your organic product will maintain integrity from the time you receive it or the time you grow it to the time it leaves your possession. At that point, they will schedule an investigation and an inspector will come and go over all of your paperwork. Make sure everything is in place and that you have authorization to use the inputs you use from your certifier and that all of your records are in place as far as sales, harvest, purchases, and invoices.

Then they will do a mass balance and a trace back. A trace back is basically a recall system. You must have all the records in place to prove that if a recall were to take place, or if something you sold was rejected, you can trace it back as far as you can all the way back to the seed or to the field it came from. If it came from a bin where multiple fields were in, you will know by your harvest records what all fields were in that bin so that all of those fields would get a soil test or a tissue sample to find out which field was contaminated. A lot of new operation, if they don’t have someone who is a good friend or a close neighbor who has been through the process, they will hire a consultant. A lot of inspectors are consultants on the side. Obviously, you can’t inspect somebody you’ve consulted for at least a year, but there’s a lot of questions in the paperwork that they send you as far as runoff, buffers, and boarders or whether you plant, have a fence row, or have neighbors. Questions like that, that people wouldn’t know unless they asked.

That kind of the basis of what it takes to transition from conventional to organic. If you have any other questions, please call us here at BigYield. Thank you. 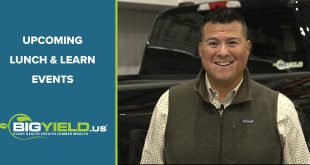 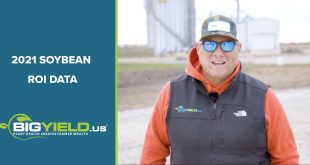 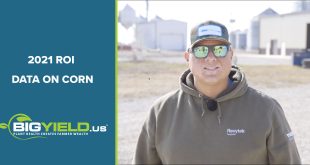 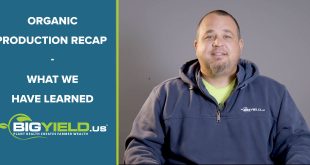 Organic Production Recap – What We Have Learned

For those of you who don’t know, BigYield services both conventional and organic growers. Several …