Make the Most of Late-Planted Soybean

Soybean farmers can make the most of a bad planting season, says University of Missouri Extension agronomy specialist Bill Wiebold. 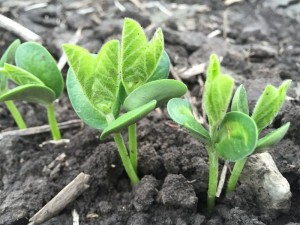 Yields drop by 25 percent or more when planting is delayed from early May to the third week of June, according to a 12-year study by Wiebold.

To reduce yield losses during late-planting years like this one, use research-based management, Wiebold says.

According to his two-year experiment in central Missouri, yields improved by 8 percent in May plantings when 15-inch rows were used instead of 30-inch. This jumped to 14 percent when planting was delayed to the third week of June.

Full-season crops produced no differently in 15-inch row spacing and 7.5-inch drilled rows. “However, as plating date gets pushed later into June, one might consider using a drill,” Wiebold says.

On the other hand, Wiebold’s study shows that soybean plantings in early May do not benefit from increased seeding rates above 120,000 plants per acre.

Limit soil compaction. Adjust planters to reduce soil compaction near the seed. This gives seed the best environment for early root growth. Monitor planting conditions and weigh them against potential yield loss that would occur with additional planting delays. “Patience is difficult as calendar days slip away,” Wiebold says.

Don’t change maturity group. Wait until planting is delayed into July, Wiebold says. Early-maturing varieties may not be adapted to your location and are less likely to produce maximum yield potential.

Missouri University Extension – Make the Most of Late-Planted Soybean (http://extension.missouri.edu/n/2564)