Hoping to avoid the growing unpopularity of government shutdowns, many House Republicans rushed to the middle of the aisle this week to compromise with their Democrat counterparts to help push through a $1.1 trillion omnibus spending bill that will fund the operation of the federal government through September, 2014.

Following in their footsteps, in a late Thursday session, the U.S. Senate followed suit and in spite of  Tea Party efforts to thwart the proceedings, the spending bill was ratified by a 72-26 roll call vote.

Analysts say the bill should have no problem passing through the executive branch where President Obama is expected to sign the bill into law today (Jan. 17) or before the weekend is over.

While the chances for a new farm bill are looking better, the spending bill already brings some good news to agriculture. For one, agriculture will get a $350 million increase in discretionary spending over last year, a total of $20.9 billion.

Of particular interest, the new spending levels will allow for continuing successful investments in sustainable agriculture research, rural development, conservation, and credit programs. The Sustainable Agriculture Research and Education (SARE) program, in fact, will enjoy a historically high spending level, more than ever before in fact, 18 percent above it highest funding level since its inception in late 1980s.

Another benefit to agriculture in the spending bill is there are no funding cuts to the Conservation Stewardship Program. The bill also does not limit funding for the Wildlife Habitat Incentive Program, Farmland Protection Program, Wetland Reserve Program, and other conservation programs. Analysts say while conservation program levels for FY2014 represent an increase over FY2013 levels, they still remain below 2011 funding levels. 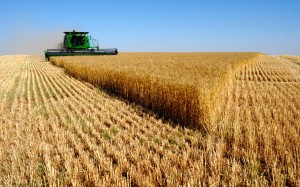 The spending bill provides $2.6 billion for agricultural research programs, including funding of the Agricultural Research Service and the National Institute of Food and Agriculture. The Food Safety and Inspection Service (FSIS) will take a $19 million hit in the new bill, but the $1 billion approved by the House Wednesday will fund inspection personnel at over 6,000 U.S. processing facilities.

According to the National Sustainable Agriculture Coalition (NSAC), the new spending bill increases funding for the first time since 2010 for the Value-Added Producer Grants (VAPG) program—from $13.8 million last year to $15 million in FY 2014. Funding for the program has been cut by more than 30 percent over the last several appropriations cycles.

As expected, however, the bill will eliminate funding of USDA inspections at horse slaughterhouses, effectively ending the debate of whether the practice is lawful. While animal protection groups applaud the exclusion of horse meat inspections, many within the horse industry say they remain concerned over the fate of hundreds of thousands of wild and domestic equine that are sick, dying of starvation, or will be sold at auction and transported long distances to slaughterhouses in Mexico and Canada.

In other areas of agriculture, the new spending bill will provide the Farm Service Agency (FSA) $1.5 billion. Also $5.5 billion has been approved for loan authorizations.

For citrus growers, including in the Texas Rio Grande Valley, the new spending bill provides $20 million to USDA’s Animal Plant Health Inspection Service to fight Huanglongbing (HLB), or citrus greening disease. Overall, APHIS will receive about the same funding as in FY2013, or $821.7 million under terms of the new spending bill.

While analysts sort through the bill to determine the impact of each directive and funding level, language associated with the original appropriations bill refers to cuts and special measures to detect wasteful spending, including: oversight and monitoring requirements for the WIC program. Also included are requirements for USDA to “help weed out and eliminate waste, fraud and abuse in the SNAP program, including a directive to ban fraudulent vendors.”

The spending bill also included a $49 million cut to biofuels.

In addition, the new bill includes funding for the Grain Inspection, Packers and Stockyards Administration but may include restriction, specifically the ability of GIPSA from implementing certain regulations that would allow what has been termed harmful government interference in the private market for the livestock and poultry industries.

Also included in the new spending bill is almost $113 million for the Rural Utilities Service, including $66 million in grants for Alaska and Hawaii, $10 million for high energy cost grants, $1 million for a water and waste revolving fund, and nearly $1 million for water well system grants.