The U.S. Department of Agriculture’s Prospective Plantings report indicates that farmers nationwide could be looking to soybeans as a financial safe haven in a difficult market, Purdue University agricultural economist Chris Hurt says.

The number of soybean acres could reach an all-time high in 2015 while corn acreage is expected to decline for the third year in a row, according to the report issued Tuesday (March 31) by the U.S Department of Agriculture. 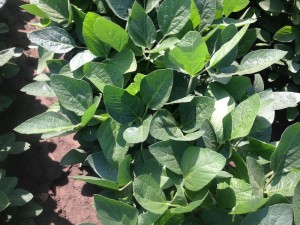 “This shift is a result of the anticipation of stronger financial returns for soybeans,” Hurt said. “Prices for all crops are depressed at the current time, and margins are expected to be tight. However, soybean margins have offered the best alternative of the three major crops.”

“The input costs are about half that of corn,” he said. “When margins are tight some farmers prefer to have less total dollars invested in each acre of land.”

The U.S. soybean market has been gaining strength in recent years largely due to increased exports to China, Hurt said.

“The growing demand has caused soybean prices to be strong relative to corn and wheat,” he said. “This sends strong signals to producers that more soybeans are needed and less corn and wheat.”

The annual report showed that farmers across the country expected to plant 89.2 million acres of corn this year, down 2 percent from last year but more than some analysts expected. Producers planned for 84.6 million acres of soybeans, which would break last year’s record of 83.7 million acres.

Winter wheat was expected to account for 40.8 million acres, down 4 percent from 2014.

The report, based on a nationwide survey of 84,000 farmers, was conducted in March.

Producers in Indiana expected to plant 5.8 million acres of corn this year, down 2 percent from 2014. Ohio growers said they would plant 3.5 million corn acres, down 5 percent.

Hurt said corn prices fell after the release of the Prospective Plantings report, and another USDA report the same day showing corn stocks left from the 2014 crop were about 115 million bushels more than expected.

“The combination of more old-crop corn than expected and more 2015 acres than expected was a one-two punch depressing corn prices,” Hurt said.