The U.S. Department of Agriculture has teamed up with University of Tennessee AgResearch and the Missouri Agricultural Experiment Station to produce a new soybean germplasm line.

One participating researcher says the new line could be a strong conventional soybean for mid-south producers.

The seed will be available for research purposes, including the development and commercialization of new cultivars. 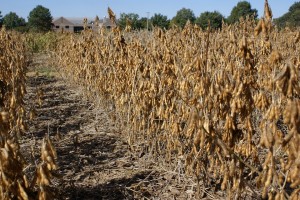 The U.S. Department of Agriculture has teamed with University of Tennessee AgResearch and the Missouri Agricultural Experiment Station to produce a new soybean germplasm line.

JTN-4307 is resistant to SCN Races 2, 3 and 14; FLS, reniform nematode and stem canker. It exhibits moderate resistance to charcoal rot as well as Phomopsis Seed Decay under normal harvesting conditions. Currently, soybean cultivars with combined resistance to SCN, FLS and other fungal diseases are not readily available.

Participating researchers from Tennessee include Dr. Fred Allen, director of variety trials for the UT Institute of Agriculture, along with Arelli and Dr. Alemu Mengistu, both of the USDA-ARS, Crop Genetics Research Unit located at the West Tennessee AgResearch and Education Center in Jackson.

Seed of this release will be deposited in the National Plant Germplasm System where it will be available for research purposes, including development and commercialization of new cultivars. It is requested that appropriate recognition be made if this germplasm line contributes to new germplasm or cultivars. Arelli can be contacted for more information at Prakash.Arelli@ars.usda.gov.