When it comes to corn seeding rates, sometimes less is more. 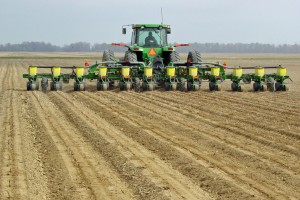 The drought of 2012 and 2013’s roller-coaster weather showed that planting date, precipitation, growing degree days and other factors influence the relationship between seeding rate and yield, Myers said.

Seeding rates in Missouri vary greatly because of the diversity of the state’s growing regions.

Kernel numbers increase when the seeding rate numbers go up, but only to a certain point, Myers said. Kernel numbers per plant eventually plateau and decrease with higher plant populations.

“Weather has a major effect on whether or not you chose the right seeding rate,” Myers said. “Unfortunately, that only happens after the fact.”

Without knowing the weather in advance, farmers must consider the soil.