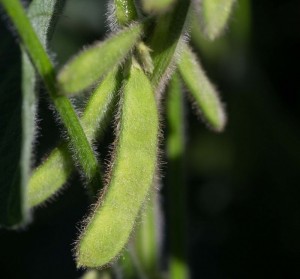 “This was the worst year for SDS across much of Missouri in several years,” Wiebold said. “Varieties differ for their susceptibility, and that was apparent from soybean yields at Chaffee and Annada. If producers are concerned about SDS, they should check with their seed dealer for variety ratings.”

Demand remains strong for soybean, which brought $10 per bushel in November, up from $9.49 in October, according to United States Department of Agriculture.

Northern Missouri: The northern region of the state, stretching from the Mississippi to Missouri rivers, reported grand mean yields of 55.6 bushels per acre for Maturity Group 3 seeds. (Soybeans are classified into a number of maturity groups based on the climate and latitude for which they are adapted.) The highest yield was 77.4 bushels per acre at Craig.

The MU College of Agriculture, Food and Natural Resources’ Division of Plant Sciences release the test results. Since 1973, seed companies and organizations select several of their best varieties for evaluation at farmer-owned fields and MU test plots throughout the state. Experienced MU researchers use scientific principles and procedures to provide unbiased information to farmers and others.

Missouri ranks seventh in soybean production in the nation.