In January 2015, California implemented Proposition 2, an initiative focused on creating standards for the housing space provided for egg-laying chickens. After voters approved Proposition 2 in 2008, the California legislature later approved AB 1437 in 2010. The AB 1437 law would make Proposition 2’s provisions apply to any suppliers that sell eggs in the state, regardless of a supplier’s state of origin, according to a story from Farm Futures. 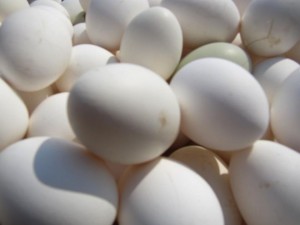 To contest the law, representatives from six states – Missouri, Nebraska, Alabama, Oklahoma, Kentucky and Iowa – filed a lawsuit. Annually, these states collectively sell nearly two billion eggs to California buyers. The California law would mandate that producers in these states adopt the space and housing requirements that it developed, and the lawsuit filed by these six states described these mandates as breaching the U.S. Constitution’s interstate commerce clause, according to a story from The New York Times. During fall 2014, a federal judge dismissed the states’ claim on grounds that the California law may create economic harm for egg producers but wasn’t shown to harm the states’ general population.

The states recently filed an appeal, however. In it, they cite case law that supports their position toward the California law. Their position suggests that states can act to encourage economic and commercial opportunities being available to their residents. Food Safety News reports more about the appeal. Missouri recently announced House Concurrent Resolution No. 49, which would support the Missouri Attorney General in pursuing federal court action to question AB 1437’s constitutionality. To read more about Missouri’s legislative resolution, go to the legislature’s house bill list.