Your favorite seed company has varieties or hybrids that produce profitable yields. Of course it does—if it didn’t, it wouldn’t stay in business. Because high-yielding germplasm is an expectation no matter the source, farmers are seeking out high-tech solutions to better manage their seeds and harvest their full potential. 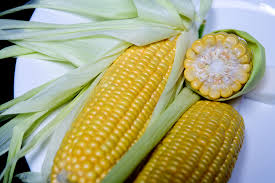 “Farmers are begging for the technology to get better,” says Illinois farmer Brian Corkill.

Corkill uses a blend of technologies in his tractor, including Ag Leader, Trimble, SureFire Ag and Precision Planting. That helps him ensure that whether he’s planting a Mycogen corn hybrid, an NK soybean seed or anything else, he can track how it’s managed throughout the year and make smarter decisions on his operation.

“Everything’s mapped,” he says. “We can prove what pays and what doesn’t. The early adopters take on more risk, but they have the biggest advantage and chance for profitability. You’re not guaranteed something will work, but you have the most to gain from it.”

Companies step up. Savvy farmers have been leaning on precision ag companies for

a solid two decades. Increasingly, seed companies and other players are entering the game. The challenge is creating something that’s useful, but not too hard to learn. That’s what Illinois farmer Dustin Spears appreciates about Monsanto Company’s new FieldScripts variable-rate planting software.
Monsanto researchers cite a 5 bu. to 10 bu. per acre yield advantage from using FieldScripts. The company’s acquisition of Precision Planting in 2012 has allowed Monsanto to quickly ramp up its high-tech capabilities. Other seed companies are also putting their high-tech stakes in the ground.”FieldScripts sounds like a complicated system, but it’s extremely simple for the farmer to use,” he says. “Prior to planting, the dealer gathers all of the data and prepares it to be used by the farmer. The data all comes to the farmer’s iPad, so he pushes a few buttons, and he’s ready to plant.”

“There are a number of tools we have put into place to make sure we’re putting the right product on the right acre,” explains Mike Dillon, DuPont Pioneer product strategy manager. “These tools can help farmers keep better records and ultimately make better decisions.”

In fact, there’s so much information available, it’s easy to get overloaded, Dillon adds. “That’s one of the areas Pioneer has been really working hard at—mobile applications to help simplify things,” he says.

allow farmers to monitor their fields by “management layers” in real time for precipitation amounts, growing degree unit (GDU) information and corn growth stage development. And before they load a single bag of seed in the planter, farmers can use DuPont Pioneer’s plantability app to their benefit, Dillon says. The app lets users input seed tag info to receive plant population advice and more.

Real-time expectations. The saturation of tablet and smartphone devices in agriculture has further accelerated the expectation of farmers to receive and process information in a near

Newly founded companies such as Rev!Co and FarmLogs are just two of many examples of startups that have emerged in agriculture to make every aspect of farming more mobile.

Rev!Co, which formed in 2012, has released an initial crop scouting app called Rev!ID. The app allows farmers or consultants to track and identify more than 1,500 weed, insect and

disease species. Users can “pin” notes, photos and other information after they have drawn field boundaries either through SST Summit software or by uploading their own .shp files. This data can then be e-mailed or accessed by whomever needs to see it.

“There was a time you’d have to carry various manuals, printed-out maps and a clipboard with fill-in sheets,” says Mark Green, Rev!Co vice president. “We’ve taken the best of all of that and streamlined it into a mobile application.”

FarmLogs was founded in 2011 by Jesse Vollmar, a 20-something who grew up on a Michigan farm. The FarmLogs app allows for real-time tracking of various activities on the farm, and the newest web browser feature gives farmers easy access to short- and long-term rain totals on any field. That addresses a pain point he has experienced personally.

“Bringing technology to farming is personal for me,” he says. “Growing up on the farm, we tried various management programs, but each service proved costly, difficult and missed critical components. The right solution didn’t exist, so we built it ourselves.”

Start here. These companies all offer a different suite of services, but the end goal is the same—help farmers make faster and better decisions.

The amount of new hardware, software and apps might seem daunting, but Illinois farmer James Schoff suggests starting slow and building your knowledge one technology at a time.

These technologies have made it easier for Schoff to try out new management practices, whether he’s making micronutrient adjustments on his 130-acre Mosaic Pursuit of 300 field or looking into fungicide applications elsewhere on his farm.

The most common frustration Schoff sees is fellow farmers using a new piece of technology for a few weeks at planting or harvest and then forgetting how to properly use the equipment the following season. He says there’s a surprisingly easy, low-tech solution for that particular problem.

“It doesn’t hurt to make your own notations or cheat sheets with pen and paper,” he says.