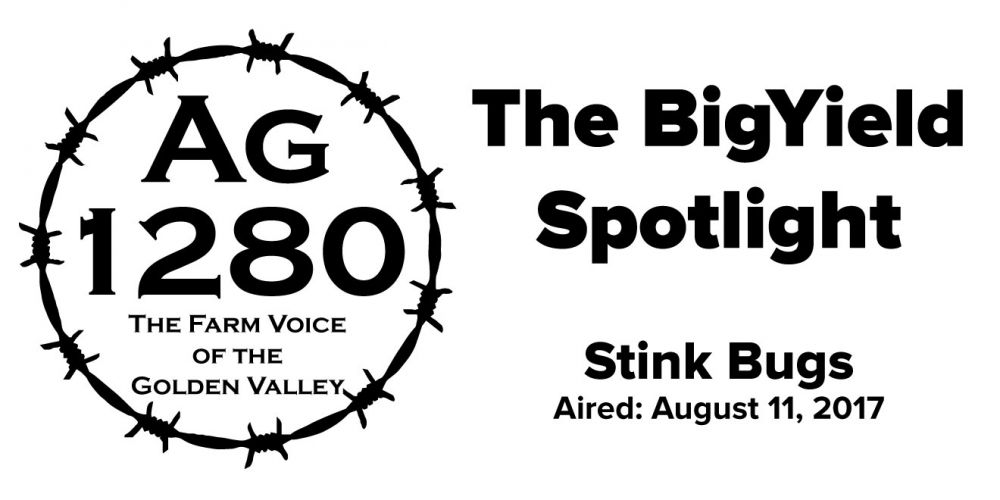 Landon Teal discusses the different types of stink bugs and what they can do to crops.

Kyle: Time for a BigYield Spotlight. I’m Kyle Hill, visiting with Landon Teal of BigYield.us. Good to have you here.

Kyle: We are talking about something that has been bugging us for a while – insects. Specifically stink bugs. What have you been seeing in terms of sink bugs this season?

Landon: Well Kyle, which stink bugs are you talking about?

Kyle: The one that is smelling right now.

Landon: Absolutely. There are several different types of stink bugs out there, but to answer your question, in the corn fields I have seen several different types of stink bug infestations. I’ve had to take a lot of field counts and see where the numbers were. I didn’t see anything necessarily in regards to needing to be sprayed. Now that we are in the sensitive soybean stages, I’ve already seen large numbers. Like I said earlier, I’m taking counts to see where those numbers are and checking those thresholds because they can be a big factor in the soybeans.

Landon: I’ve seen several types of stink bugs this year. The most common one people see is the green stink bug. This one you will see in a lot of bean fields, and in corn fields as well. Not only do you see these in crops, but in your gardens and landscapes. Some of your flowers may see some feeding. I’ve seen a green stink bug nymph, which is green around the edges with a black center and head. Then there is also the spined soldier bug that I am starting to see, which can be good.

Kyle: What is some of the damage that stink bugs can do to your crops?

Landon: What we have seen these guys doing is some of the adults and nymphs will feed on developing seedlings. This will eventually kill the seed. Basically they use their piercing / sucking parts and suck everything out of the seed and out of the early plants which eventually kill it. Some of the stink bugs will feed on the leaves and inject a toxin into the plant that will injure the plant. Depending on what stage the crop is in, it could have the potential to kill the plant. When I am out in the field, you see a lot of different things. You can usually identify stink bug damage by looking for plants that have repeated holes. These leaves will begin to wrinkle. With that you will see three 2 inch diameter holes on the blade of the leafs.

Kyle: What is attracting all of these stink bugs to the field?

Landon: The biggest thing with stink bugs like is they have to have something to go there for. A lot of the stink bugs are attracted to your fields by weeds. A lot of these weeds, if you can keep your fields clean, the pressures aren’t as high. Stink bugs are drawn more to your broadleaf weeds. Things like your water hemp, your lambs quarter, they like to feed on those plants and not necessarily your grassy weeds. They will feed on those if that is the only thing to feed on. A lot of your broadleaf weeds is what they are looking for.

Kyle: So it sounds like all of these stink bugs are bad news for crops.

Landon: Well, not exactly. I’m glad you asked that. If you were to walk through the field and see these bugs on your plant, by the size and what they look like you would think they are terrible for your crops and you shouldn’t have them in your fields. But not all stink bugs are bad. The spined soldier bug like I mention earlier is considered a beneficial insect. They will often get confused with the brown stink bug, which is a bad insect. The spined soldier bug will feed on your soft bodied insects, like your catipillers. They will feed on these and help decrease those numbers.

Kyle: For anyone who would like more information on which types of stink bugs actually stink or anything else you have available at BigYield, how can they get ahold of you Landon?

Landon: They can contact us online at www.BigYield.us, give us a call at 816-773-6096, or stop by the research farm and sign up for one of our farm tours coming up on September 4th through the 8th.

Kyle: That research farm west of Garden City on highway 7, can’t miss it. Great place there where you can visit with Landon Teal and the folks at BigYield.us. Glad to have you back in the studio today. 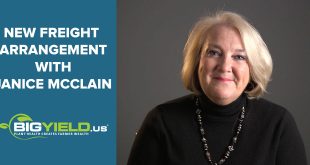