This is the first week since the partial government shutdown that the USDA has issued its regular update on the fall harvest.

The report has the corn harvest in Illinois and Missouri at about 10 percentage points behind their five year averages, and Iowa at 15 behind.

For Soybeans, Iowa and Missouri are 10 points behind the fiver year average while Illinois is actually one point ahead. 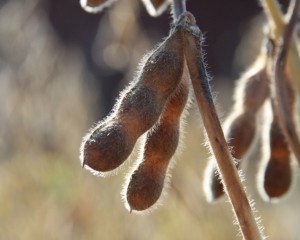 Mike Roegge is with the University of Illinois Extension office in Quincy. He said the both the corn and soybean harvest should speed up. He said some farmers have been holding of harvesting some of their corn to give it more time to dry, but with the weather turning colder they will go ahead full throttle to harvest the remaining corn.

In soybeans a hard freeze could speed things up as well.  Roegge said, “a lot of guys are complaining about the ‘green beans,’ the green stems in soybeans that are causing some problems with the combine.”

Though he said what’s surprising about this harvest so far is not the progress, it’s the yields.

He said that soil types made all of the difference in the face of this year’s late summer drought.

He called the yields farmers were getting from good stands as “phenomenal.”