Variety tests help farmers pick what seeds to plant this fall. Results of the 2014 tests are available a thttp://varietytesting.missouri.edu. Printed copies are available from county extension offices or by calling 573-882-2307. 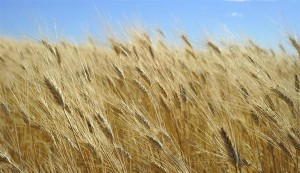 For 75 years, seed companies have supported the program by paying fees. The tests include new varieties and popular older varieties at nine locations, including three MU research farms and six farmer-owned fields. Varieties are grown on plots of one acre or smaller and harvested with specially designed small combines. “We test the best,” Wiebold said.

Top performers vary from year to year, reflecting changing environment, weather and planting date. One variety may do well in one part of the state but not another because of Missouri’s diverse topography.

A review of several years of data shows consistent performers, Wiebold said. Yield is important but other factors to consider include stand, hardiness, drought tolerance, and insect and disease resistance.

In Hughesville, Adrian and Lamar in southwestern Missouri, yield leader AgriMaxx 444 produced a mean average of 78.5 bushels per acre. The grand mean—the average yield among all varieties—was 70.7 bushels per acre.

In southeastern Missouri, plots in Chaffee, Charleston and Portageville showed two MFA varieties as the top producers with 77.0 and 75.6 bushels per acre. The grand mean was 67.8 bushels per acre.