News Update!
Home » Ag News » When Should Wheat Be Sold?

When Should Wheat Be Sold?

In 1992, my wife and I bought a lot to build our dream home on. The lot had several pecan trees that needed shaped and trimmed. I called Dr. Glenn ‘Cat’ Taylor, (pecan tree specialist) and asked, “Cat, when should I cut the limbs off these trees?”

It was August, hot and dry. Cat said, “What are you doing this afternoon? Now is as good a time as any.” 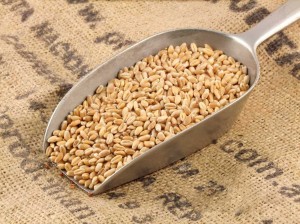 Wheat producers are asking, “Kim, when should I sell my wheat?” My answer is: “Now is about as good a time as any.” Or you may sell wheat like I pruned the pecan tree. The limbs were removed when I had the time, and it took several months. Those trees now are tall and majestic. If I made any mistakes, nature covered them up. The markets should do the same for you.

For Oklahoma and the Texas Panhandle, the six-year average (June 2008 through May 2013) price is $6.48. The six-year average June price is $6.48. For the last six years, August, September, October, and November prices have averaged (after adjusting for storage and interest) $6.50. The six-year price spread for the monthly average August through November prices is six cents. This implies that, on the average, selling anytime in June, August, September, October, or November would have netted about the same average price.

During the 2013/14 marketing year, June, July, and October were the best times to sell wheat.

At this writing, the cash wheat price is around $7. During the 2013/14 wheat marketing year, average monthly wheat prices (after adjusting for storage and interest) were above $7 only in June ($7.35) and October ($7.11). This and the information above implies that the odds are in favor of selling wheat now rather than later.

I personally like to sell wheat in increments of one-thirds or one-fourths between June and December. However, looking at the current supply, demand and price situation and past prices, now may be as good a time as any to sell wheat.