The harsh winter still is being felt on some Midwest wheat fields as the production estimates were reduced by the U.S. Department of Agriculture.

U.S. winter wheat production is forecast at 1.40 billion bushels, down 9 percent from 2013. 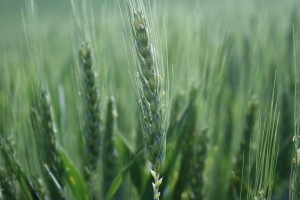 However, as of May 4, the winter wheat crop in the SRW growing states was in mostly good condition. A record high yield is expected in Arkansas

In the southern Great Plains states, drought, winterkill and freeze damage have affected the potential yield results in Kansas, Oklahoma and Texas.

Most of the wheat-growing areas in the southern Great Plains are in severe to exceptional drought stages.

Kansas, Oklahoma and Texas winter wheat was rated in good to excellent condition as of May 4 at 17 percent, 6 percent and 13 percent, respectively.

In California, producers are expected to harvest a record-low acreage due to exceptional drought in the winter wheat growing area.

In the Pacific Northwest, there were isolated reports of winterkill across the three-state region. Rainfall will be necessary to maintain current conditions and to aid in further crop development.

Nationally, 29 percent of the winter wheat crop was headed by May 4, six percentage points behind the five-year average pace.

The USDA estimated Illinois winter wheat yields to average 64 bushels per acre, down three from last year’s record yield, on 675,000 acres. Total production is projected at 43.2 million bushels, 12.4 million below the 2013 yield over 830,000 acres.