Four Questions about Soil Carbon and its Role in Agricultural Productivity

Throughout the world, soil resources store a significant carbon load. Relative to the atmosphere, the soil contains three times as much carbon, according to a 2012 publication from the United Nations. However, the report also summarizes research that suggests that soil carbon levels have declined. One study quantified that the global carbon supply held in soil and vegetative resources had declined by about 60 percent since the 19th century. Within the past 25 years or so, such losses have contributed to poorer productivity in 25 percent of the world’s land. 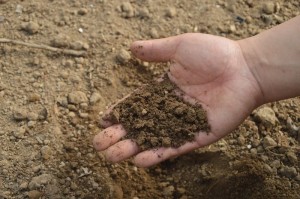 As a result, practices and products that can maintain or improve soil carbon levels will equip the agriculture industry with the proper tools to increase food production and support a growing population. The following four questions and their answers explain more about soil carbon, its influence on crop productivity and strategies that producers can use to elevate soil carbon levels.

1. From where does soil carbon originate? Soil carbon may originate from organic or inorganic sources. Bedrock or carbon dioxide trapped in mineral act as inorganic carbon sources. Developed from decaying organic materials like crop residues, animal waste and roots, soil organic matter is an organic carbon source. By some estimates, soil organic matter contains 50 percent carbon, 40 percent oxygen, 3 percent nitrogen and traces of other nutrients, according to the 2012 publication from the United Nations.

2. What factors have contributed to declining soil carbon levels? Soil can release carbon into the atmosphere if it has had intensive use. Land management practices may also cause the soil to degrade and lose carbon. Specifically, removing trees; converting land to urban uses; tilling soil; pursuing a single-crop monoculture production model; and failing to address erosion can depress soil carbon levels, according to the United Nations publication.

3. What role does soil carbon play in facilitating agricultural productivity? A publication from CABI, an international organization dedicated to agricultural and environmental research and education, describes the correlation between soil carbon and factors that would influence plant performance. For example, the organization links soil carbon to plant productivity, moisture availability, soil structure maintenance, soil permeability and drainage capability. Soil bacteria, fungi and other creatures may use carbon as a food source, too, according to a story from Rodale’s OrganicLife. The organic matter that accompanies soil organic carbon also has several benefits, including enabling a plant to more adeptly tolerate dry conditions, slowly release nutrients throughout the growing season and manage pest and disease pressures. Organic matter also increases the soil’s water-holding capacity.

4. How can producers improve soil carbon levels? To increase soil carbon levels, producers may choose to practice reduced tillage methods, plant perennial crops on their operations or leave some residual cover in fields. At a particular site, supplementing the soil with organic matter like compost or manure can elevate that particular area’s carbon resources. Another option could involve growing cover crops. Although these efforts can support soil carbon accumulation, increasing those levels can take time, according to the United Nations publication.

BigCorn300TM, BigSoy100TM and BigWheat150TM, which are cold-processed sweeteners available from BigYield.usTM, include a carbon source that producers may apply to their fields. In addition to supplying carbon, the sweeteners encourage vegetative and root growth, which break down over time and add organic matter to the soil. The sweeteners also increase a plant’s Brix level and health. Ultimately, applying the sweetener can help you to achieve your big yield goals. 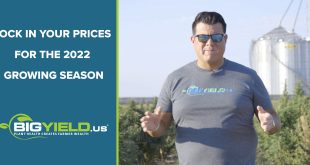 Lock In Your Prices for the 2022 Growing Season 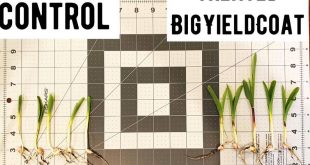 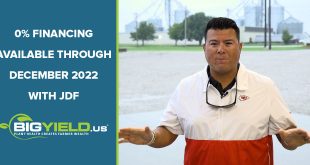 0% Financing Available through December 2022 with JDF 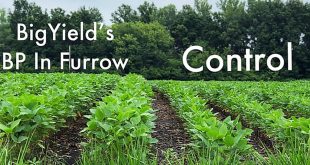