Okay, my name is Kurt Gretzinger. I farm about 2,100 acres of crop south of Urich, Missouri in Henry County west-central Missouri. I grow soybeans, corn and wheat. Most of the soybeans I grow are for Neco here. I grow quite a few conventional beans, and for the last two years probably two thirds of the beans I have grown have gone into tofu products for export.

Well, I didn’t know I had a problem until I started using them. So, basically I kind of had in mind there was ways to buy a few more bushels by using some inputs later in the season. When beans got to twelve, fifteen dollars a bushel buying those bushels seemed to make a lot more sense. I kind of eased into it; about three or four years ago I started using a foliar fertilizer similar to Yield Booster, and I used ballad. Later on I added insecticide and slow use, probably half rate of a commercial fungicide. Just last year sugar seemed to be working for others, so it was a cheap addition and sure didn’t hurt anything. I had quite a bit better beans coming out of some pretty rough conditions last year.

This year was a real tough year to get started on soybeans; I planted my first beans on the 21st of June, pretty late. In fact I planted all my beans the next three or four days, all my first crop beans, so they were behind schedule. These were all conventional beans, so I put down a conventional pre-emerge herbicide program which controls the weeds well enough that I haven’t really gone back over more than about 10% of the beans. At about the v2 or v3 stage I did go back with a low rate of yield booster, ballad and sugar. Gave them just a quick run-over; it did not take very much time and did not cost very much money. They seemed to have a pretty good jump from that. Just today I started spraying my last pass of just yield enhancing products; today I was spraying yield booster, ballad, propiconazol – another fungicide that I have got at about half rate, sugar and insecticide.

The beans I was spraying today look like a million bucks, and after only about two months they are brushing up against the bottom of the sprayer. I have seen what happens before. I expect them to look really healthy for at least the next two or three weeks, and that is the time you want it to happen when their little pods are just starting to set.

These guys have just been using this stuff experimentally here, and I have just been looking over their shoulder. I know they have some premixes which I have never used, but they have been kind enough to kind of let me know what is in them. I have worked kind of on my own to find what rates and what witches’ brew kind of works for me, so. They have been real helpful to let me know what they are using or less, how to get started at it and then provide the products for me. 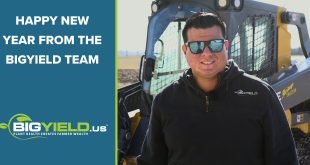 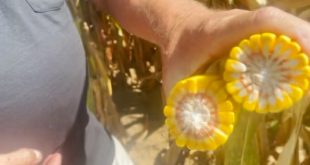 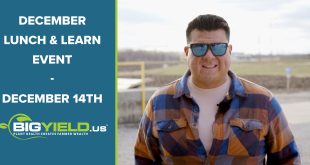 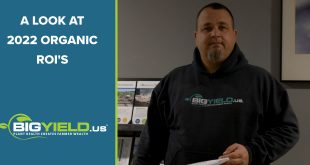 To finish our recap of our 2022 ROI data, we wanted to discuss our organic …